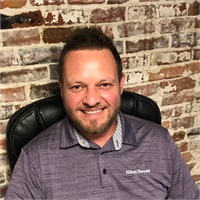 Michal Foldyna became a part of The Abbott Bennett Group in 2017, when he took on the position of Marketing Director.

Michal comes with experience of over two decades in the restaurant industry, where he learned and further developed his interpersonal skills in the midst of planning numerous events and private gatherings for hundreds of satisfied customers. Those years helped him to find his niche in marketing, promoting and developing client/customer relations.

About 7 years ago, Michael and Christopher met Michal at one of the Abbott Bennett Retirement seminars. Michal’s potential in using his business and interpersonal skills in the retirement industry seemed an obvious fit, and Michal decided to change his career for good.

Mr. Foldyna was born and raised in the Czech Republic - formerly known as Czechoslovakia.

He became a soccer player at very young age and played on various European stages until the age of 20, when an injury put him on the sidelines.

Michal decided to move to the United States in 1995, as he was planning to promote and spread out the word about this beautiful game. He started coaching soccer shortly after at numerous high schools.  That’s when the flexible schedule and practice/travel time for games worked hand-in-hand as he started his career in the restaurant business.

Michal is obsessed with culinary arts, always trying to further develop his skills in a kitchen. He enjoys the outdoors and spends time camping, hiking and playing a guitar. Winter is solely reserved for developing his snowboarding skills.

He lives in Hooksett, NH with his lovely wife and two dogs.

In late December of 2019, their second baby girl Madelyn Rae joined the family.