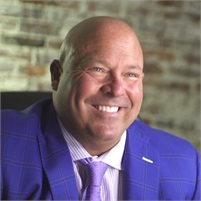 Michael D. Abbott has been assisting clients for three decades, helping to protect their retirement accounts and secure their futures. He has assisted thousands of retirees with their 401(k)s and pension plans, and has advised retirees from the likes of BAE, WellPoint, Anheuser-Busch, Verizon, EMC, GE, and the State of N.H.

Mr. Abbott started his career with Prudential Financial/Pruco Securities selling life insurance, where he was at the top of the company’s sales team. He has since co-founded The Abbott Bennett Group LLC, an independent financial services firm headquartered in downtown Concord, N.H. At his firm he also serves as the CFO (Chief Financial Officer). In recent years, he has opened 3 additional locations: a north country satellite office in West Stewartstown, N.H., a southern New Hampshire satellite office located in Bedford, N.H., and a satellite office located in Portsmouth, N.H. Mr. Abbott’s practice focuses on helping pre-retirees and retirees avoid the most common financial mistakes, but in addition he has helped people cut their taxes by as much as 50%, avoid taxes on social security, avoid estate taxes, and protect their estates.

Mr. Abbott is a lifetime member of MDRT (Million Dollar Round Table), a prestigious association comprised of the world’s best financial services professionals. In addition, he is a member of NAIFA (National Association of Insurance and Financial Advisors) and holds his MEP (Master of Estate Preservation) designation. Mr. Abbott takes pride in serving his clients and the community with a wealth of knowledge and care. He is steadfast in maintaining a high code of ethics and exceptional client service.

A New Hampshire native, Mike currently resides in Hooksett with his family. Over the years he has enjoyed coaching indoor soccer and lacrosse teams, traveling, and golfing. He loves to garden and work around his home, and he is excited to welcome his second granchild.